Those that know me know that I’ve been spending a lot of time practicing and playing standards from the swing era lately. In the process I’ve discovered a lot of great tunes that are seldom played, great recordings seldom heard and players that have been largely forgotten. I thought that I would cover all three in today’s post by sharing a transcription I just finished of the great swing ( or “jump” according to friend and bassist Murray Wall) altoist Pete Brown.

I first heard about Pete Brown earlier this year while reading the only biography published of Paul Desmond, by Desmond’s friend Doug Ramsey. Paul lists Pete Brown among his main influences. Ramsey and other writers at the time didn’t see the connection between Pete Brown’s growling swing alto and the lighter Desmond but I think they’re looking at it superficially.

Pete Brown was a master of simple motifs and beautiful melodic shapes played with strong rhythm and swing. I learned this from a record I picked up featuring 4 tracks from Pete Brown (along with 4 from Benny Carter, and 4 from Willie Smith). 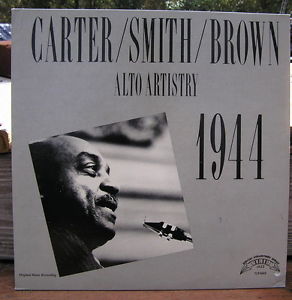 This led me to this great track, It’s the Talk of the Town, featuring Joe Thomas on Trumpet, Kenny Kersey on piano, with Milt Hinton and JC Heard rounding out the rhythm section. Recorded in 1944. Check out Pete’s double time chorus.

I’ve included the solo in Eb transposition here. It’s a fun one to play along with, watch out for those whole tone runs: 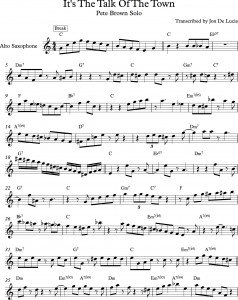 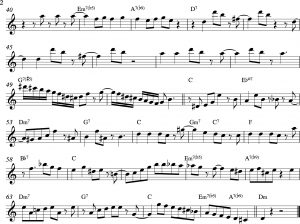 I’ll end with a brief bio of Pete Brown:

James Ostend “Pete” Brown was born in Baltimore, Maryland, on November 9, 1906. A son of musical parents, he received tuition from an early age. Besides alto sax, Brown also played piano, violin and trumpet. He worked his first job at a cinema in Baltimore and played with the local theater orchestra. In 1926, he briefly joined the Baltimore Melody Boys and Johnny Jones’ band. After a residency in Atlantic City with Bernie Robinson, Brown also played with the latter in New York. The alto saxophonist stayed on and began to work intermittently with pianist Charlie Skeets in 1930. In the early thirties, he also regularly appeared with drummer Fred Moore’s trio. It is possible that Pete Brown recorded with Clarence Williams in the mid-thirties, but he probably did not make his first records until 1937. In May of that year, he became a member of John Kirby’s small band, staying with the bassist for a year. Pete Brown then formed his own combo and was quite often recorded, albeit never under his own name. Many of his best performances were for Frankie Newton’s band, one of his closest friends. In the early forties, he formed another group of his own that played at various clubs in Manhattan. In 1943, he fronted fellow altoist Louis Jordan’s band for a short time. With his own combo, Pete Brown then worked in Chicago but was mostly heard at clubs in the Bronx and in Brooklyn. From the early fifties on, ill health forced him to limit his appearances. He was rediscovered by a wider audience in 1957, when he participated in the Newport Jazz Festival. Throughout his career, Pete also worked as a teacher, his most famous students including Flip Phillips and Cecil Payne. In 1961, Pete Brown made his last recordings, already marked by his bad health. He died in New York on September 20, 1963. 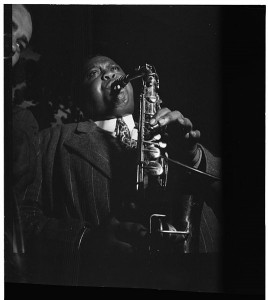